May 2019: Enniscorthy Courthouse Handed Over 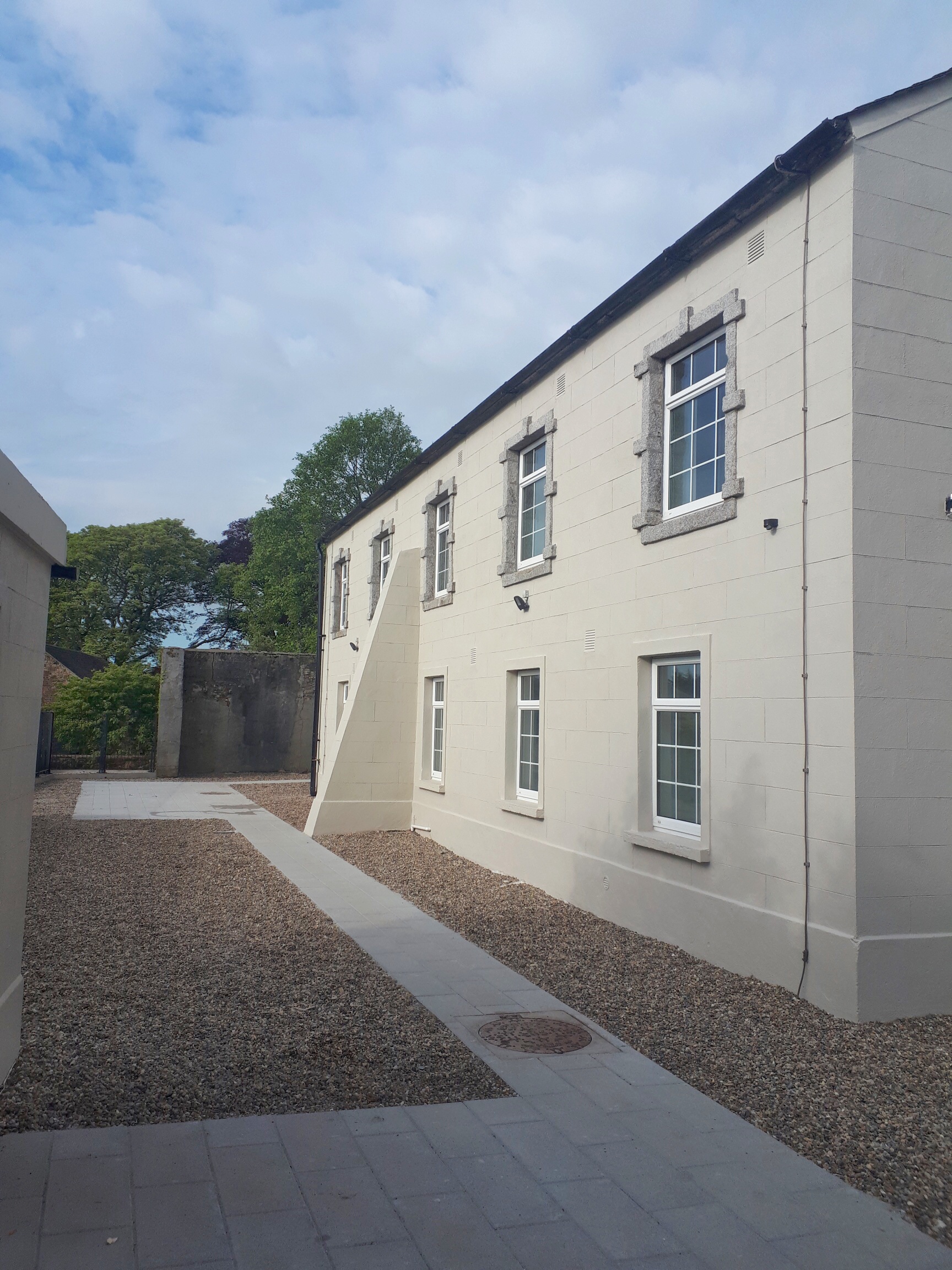 Another successful conservation refurbishment project completed in Wexford by Tom O’Brien Construction. This time in Enniscorthy at the historic Courthouse built circa 1820. This protected structure has received a new lease of life prior to its 200th anniversary, courtesy of Max and John from Aughey O’Flaherty Architects. The works were overseen by Tom O’Brien’s Contracts Manager Pat Roche and Site Manager Mark Burke who have transformed the building into a bright  modern office facility capable of housing the local Town Council during their temporary relocation later this year. It’s a repeat performance for Pat with Carrick on Suir Town Hall  already under his belt this year. Notable features include the polished concrete floors, period lime plaster internally , superb sliding sash windows, the bespoke timber panelling and fitted furniture. Many thanks to our main domestic M&E subcontractors, its yet  another building completed with Niall from CTS supplying the mechanical know how and the electrical works were carried out by Moroney electrical. With this project now completed Pat and Mark are off to pastures new with an industrial build due to kick off with Integer (Lake Region) in New Ross, we can’t get them out of Wexford. More news on this one shortly!