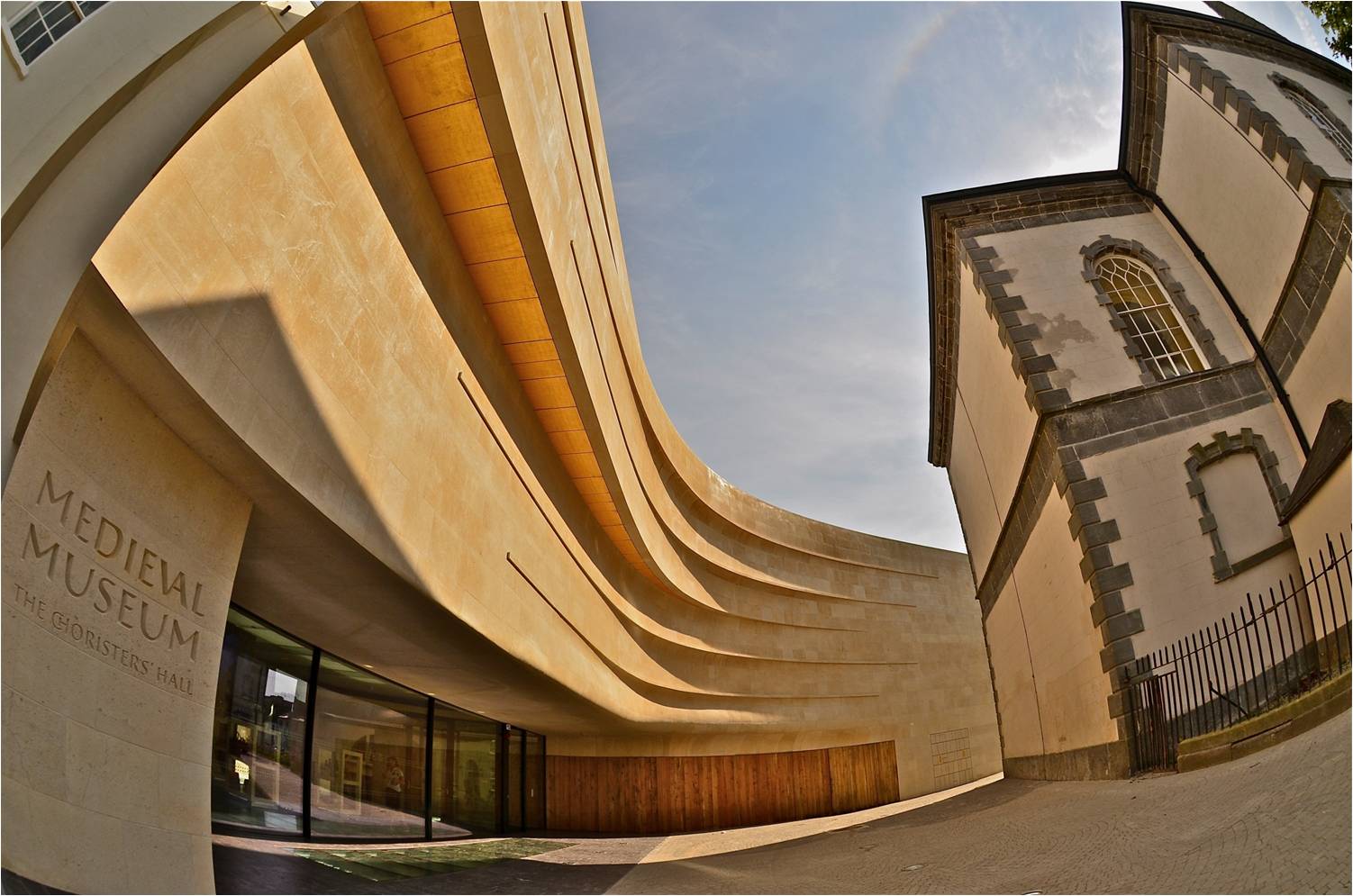 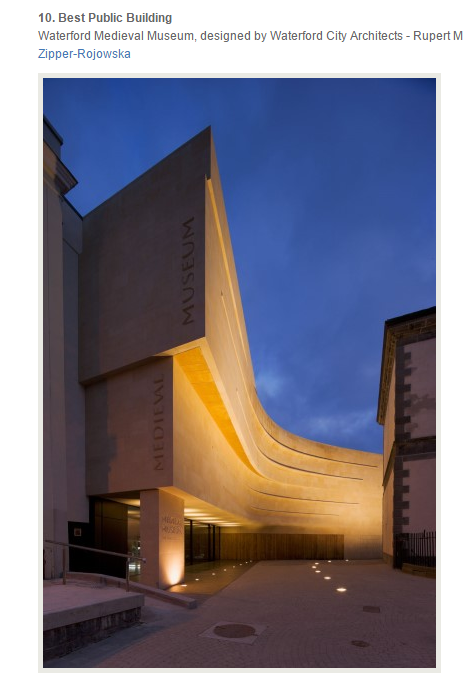 We are proud to announce that the Waterford Medieval Museum, built by Tom O’Brien Construction, has been chosen as the winner in the ‘Best Public Building’ category, by the RIAI in 2014.

The award was announced by the RIAI at a ceremony held the evening of the 24th of June 2014 in Wood Quay Venue in Dublin City Council offices. The RIAI also received over 12,700 votes for this year’s overall Public Choice Award in which the Waterford Medieval Museum, beat off hundreds of stunning competitors to place a phenomenal third. This award is credit to the professionalism and extreme attention to detail shown by all here at Tom O’Brien throughout the construction of this beautifully crafted building.

While describing the building, the RIAI comments, “Confronting contextual challenges its sculptural facade becomes a unifying element behind which one becomes aware of the layering of history through the echoing arrangement of gallery space crafted in board marked concrete and timber which link the medieval undercroft with the light filled courtyard.”