You are here:
Conservation, Refurbishment & Fit-out 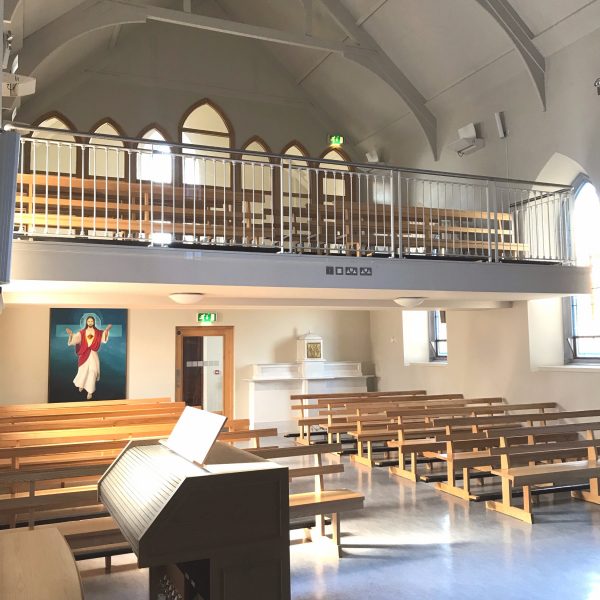 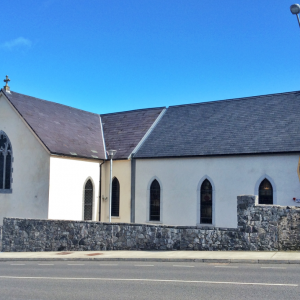 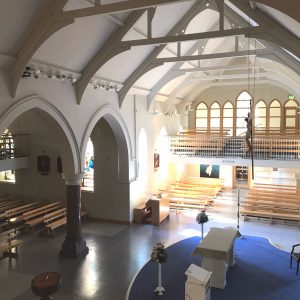 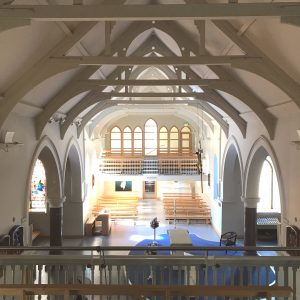 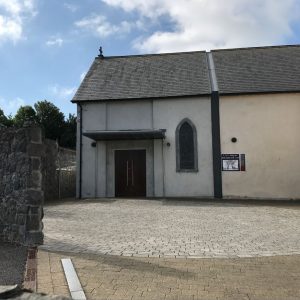 St Mary’s Church, Ballygunner, is an iconic old world church building on the outskirts of Waterford City. Its picturesque aspect and quaint charm has made it a popular choice for many weddings down through the years however time had taken its toll and along with the increase in population in the locale, its small seating size could no longer accommodate the local parish. A decision was made to enlarge the church and introduce galleries, a proper office and a hall for church use on to what was a very confined site. Tom O’Brien Construction were approached to perform the works. The site had to be enlarged slightly necessitating the building foot print encroaching on to the existing cemetery. Such works were undertaken with great care, wall areas were demolished and the stone preserved, roof areas stripped and existing slates sorted and held for reuse. The existing stained glass windows were protected and removed as were the limestone surrounds, all for re-installation at the required date. Extensive lime mortar plastering was undertaken by Tom O’Brien craftsmen. Tom O’Brien’s extensive knowledge of conservation techniques were utilised and our team of directly employed tradesmen and general operatives were critical in the remodelling of this well known and well loved church. The new church building has increased in capacity by 100%, the new floors enjoy underfloor heating, the lights are controlled by central switching and the building itself has been opened up giving it a bright airy aspect whilst still retaining a patina of age so admired by parishioners and married couples to be alike. Naturally with such a major rebuild, the church was closed for the duration but in such esteem was the church held that two weddings were suspended until the churches completion. Both couples made it up the aisle as the church was finished by Tom O’Brien’s ahead of schedule and ready for their respective big days.

Tom O’Brien’s were invited back for minor remodeling works in St. Mary’s Church recently. The altar was enlarged and shifted and the tabernacle area re-situated. The original baptismal font was removed and cleaned under the auspices of Tom O’Brien’s along with great care the lighting system was remodelled and some works were done to the old existing bell in the steeple areas, all the works were undertaken over two weeks. Great care had been taken in preparing for the event beforehand, new altar areas were pre-assembled prior to delivery and the works were deemed a great success by all concerned. Tom O’Brien’s were delighted to be of such help to the Parish and furthermore delighted that the Parish came back to us for the upgrade works which showed the value our original works had been and illustrated the trust built up between all parties to the works.